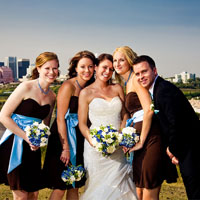 Planning to be original on your wedding day and make your best male friend a maid of honor or plan to have the female best man? That’s not a problem for the contemporary couples to have the attendants of the opposite sex.

Usually the attendant choosing procedure goes the standard way. Brides tend to opt for the sisters and closest girl friends, while grooms choose brothers and best male friends. In case either the bride or groom has the friend of the opposite sex whom they want to see standing by them at the altar, they usually ask them to be in the intended’s side of altar.

Luckily, today it became a norm having the attendant of the opposite sex. However, there are things to consider in order to have the well-running process on your wedding day, but no complications can stop you from the satisfaction of having the person you really respect and love stand by your side at your wedding. 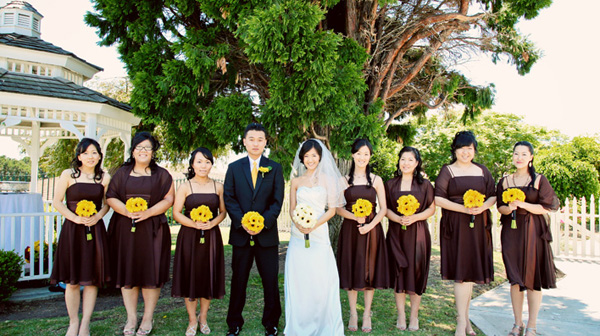 Male bridesmaid
First of all, discuss your intention with the supposed candidate in order to make sure that he or she would be comfortable with the unusual role.

One of the ways to handle the logistics is having your male maid of honor walk the last one to the altar. He might be dressed the same way as the groomsmen and avoid carrying the bouquet.
Another thing to mention is the photographer- he should be informed in advanced about untypical composition so that he would not be confused with presence of man on attendants-of-the-bride photos.

Female groomsman
There are cases when men have a lot of female friends and thus want to carry the significant role on their wedding. Sure, it would great having them all wearing the signature groosmen’s wear like tuxedos, but not all women would risk to appear in male clothing. You may simply ask them to put on something black: either the suit or the dress. Moreover, in these situation you will probably have to order the additional number of bridesmaids’ bouquets since female groomsmen definitely won’t miss the chance of carrying the beautiful flower bouquet. 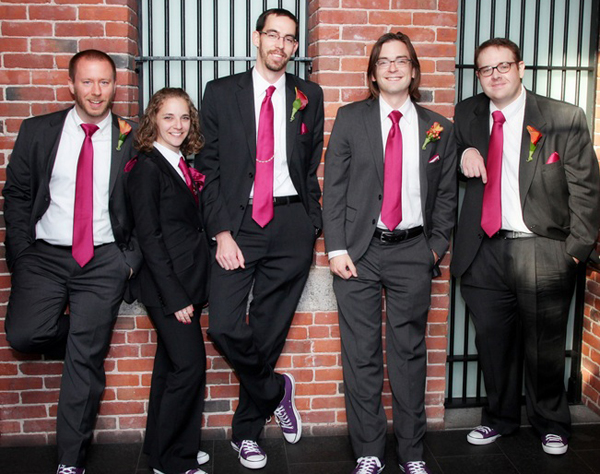 Another thing to consider the presence of bridesmen or groomswomen at the pre-wedding parties, which are the inalienable attribute of every wedding. Keep in mind that the racy shower with the lingerie theme could make your male bridesmaid blush, while attending the strip bar is not something your female groomsman usually does when hanging out with friends. 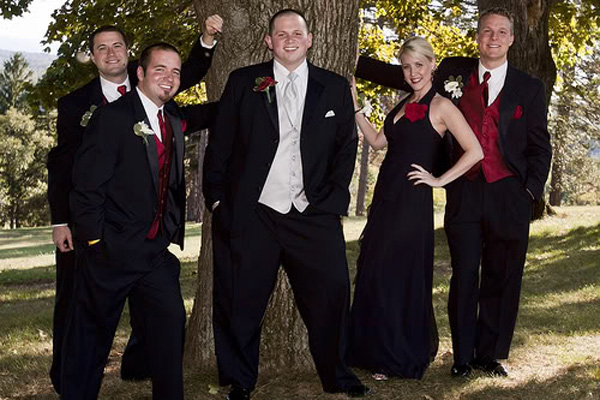 And finally, the wedding day should go the way you want it, so don’t be afraid of going contrary to the generally accepted rules by asking your best friend of the opposite sex to be among your bridesmaids or groomsmen.