Home » Ideas » How To Throw A Bingo-Themed Wedding

How To Throw A Bingo-Themed Wedding

Weddings are fun affairs, and couples nowadays are given the freedom to infuse their own personality into their ceremony and reception. That’s why we now see plenty of new wedding themes come out as showcased on The Knot – from the classic, popular vintage wedding, to the more modern weddings with 3D-printed decorations and drone photographers, couples have always tried their hardest to make their weddings stand out.

For some, the solution lies in a timeless game: bingo, the game that saw its heyday in the 50s and 60s, before spiraling into relative obscurity. These days, bingo has become rather popular again, with its market in the UK reportedly being worth upwards of $557 million, and the BBC reporting an increase in the number of online bingo portals from fewer than 20 in 2004 to over 350 in 2013.

Much of this growth comes from the industry’s shift from traditional bingo cards into more modern platforms, as Gala Coral Group, the masterminds behind the Gala Bingo brand, reports that their “continued focus on mobile acquisition and delivering more mobile content contributed to an increase in mobile stakes of 114%.” Therefore more than 49% of their revenues come from their mobile optimized website. But even with much of bingo becoming a product of the times and going technological, couples still prefer old elements of the game when preparing their bingo-themed wedding. These days, we see things like… 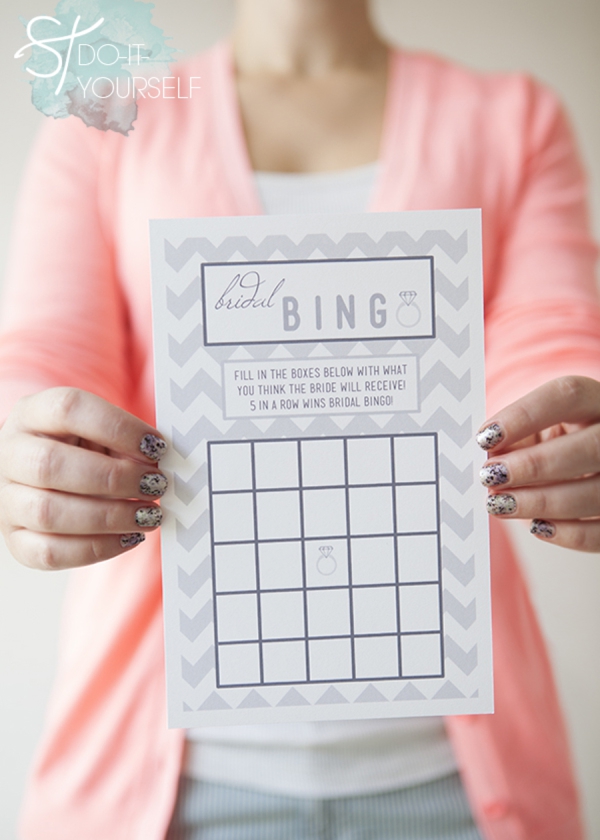 During the bridal shower, many have used the game as a fun ice breaker. The guests fill out a card with items they feel the bride might receive, and as they open presents together, they cross off items on the list. The first to complete a bingo pattern wins. 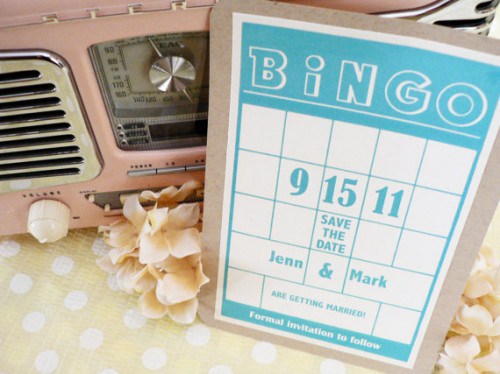 Bingo is a perfect addition to the wedding if you’re already going with a 50s or 60s vintage theme, and many have used bingo cards as a template for their Save the Date cards too. Of course, one of the most important reasons why it’s so popular is that it’s fairly easy to DIY these cards.

Bingo balls and bingo cards make great table centerpieces, and they’ve also been used as name cards so people know where to go.

Bingo Games at the Reception

And, of course, a bingo-themed wedding wouldn’t be complete without playing the actual game. Bingo games are now being held at the reception as a great way for people to get to know each other and loosen up after the ceremony.