People tend to be superstitious every time they make serious decisions. So, wedding superstitions are quite normal considering the fact the two – bride and groom – decide to spend the rest of their lives together. There are lots of various superstitions associated with weddings, but today we are going to speak about superstitions related to a wedding dress, veil, jewelry and shoes. 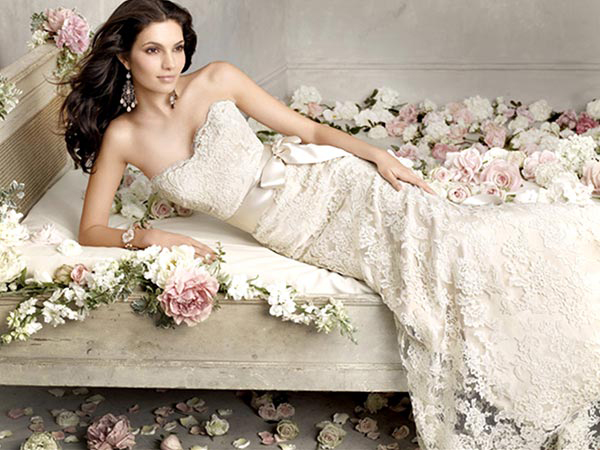 Every bride pays particular attention to selection of her wedding dress because everything about it should be perfect: the style, the length, the details, and of course the color. And speaking about the color we have to mention that there are a few things you should take into account if you are superstitious.

Most brides of our time opt to marry in white which symbolizes maidenhood. But the tradition started long ago, in the sixteenth century, by the rich. Then it was followed by Queen Victoria who, instead of wearing silver – a traditional color for Royal brides – chose to wear white. The color for other women in the Kingdom was not specified. Women could choose to wear any hue.

The choice of color now is a matter of preference but there is a traditional rhyme that offers advice on the color of the dress:

Other superstitions related to a wedding dress include: 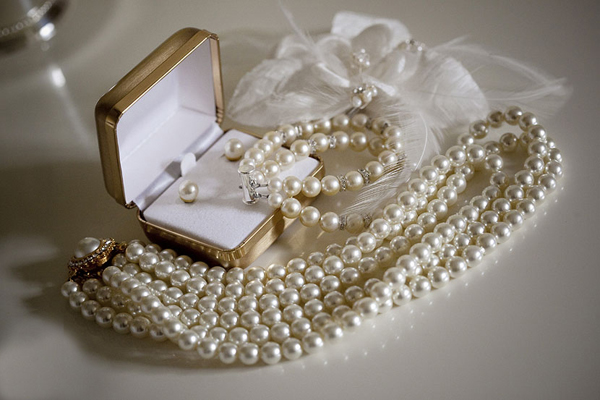 Wedding superstitions concerning jewelry are limited to pearls and are rather controversial. Pears are believed to represent future tears, so if the bride wears them she will cry throughout her marriage. However, there is another point of view which states that if the bride wears pearls on her big day she will live happily with her husband, without any tears, as pearls take the place of her real tears. 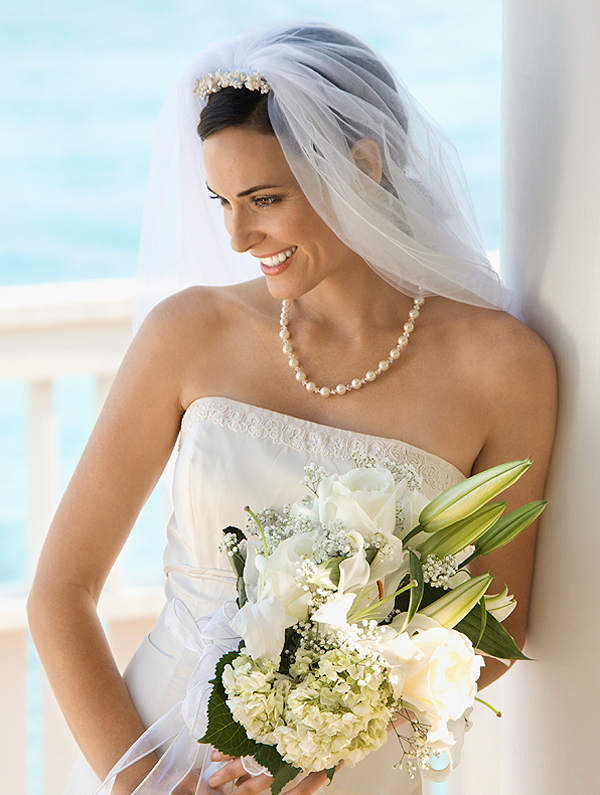 The veil is believed to protect the bride from all the evil spirits. Initially veils were worn by Roman brides and were considered as means to disguise the bride and outwit the spirits. In the nineteenth century British brides started wearing veils to the altar as a symbol of modesty and chastity.
In some Eastern countries the bride wears the veil so that the groom could not see her face before the ceremony is over. 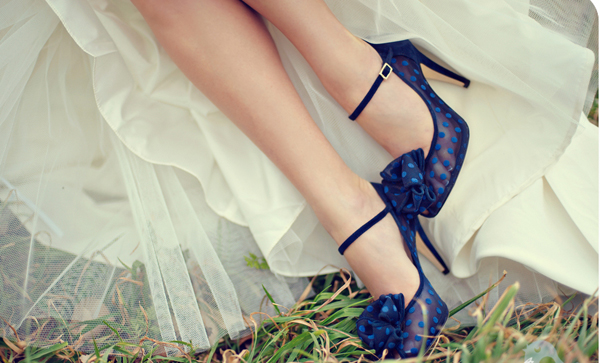 Superstitions about shoes are the most amazing. In the Tudor times it was considered to bring luck to newlyweds if guests threw shoes at them or their carriage. Now this tradition has transformed and shoes are more commonly tied to the black of the newlyweds’ car.

According to another wedding tradition the bride’s father has to give a pair of his daughter’s shoes which signifies passing of responsibility for the bride from the father to the husband.
It is considered to bring good luck if the groom’s mother throws a shoe at the bride when the newlyweds leave the reception. If she hits the bride the two will become best friends forever.
The tradition of throwing a bouquet of flowers by the bride over her shoulder was originally performed by throwing one of the bride’s shoes.