Black Wedding Dress Is Coming Back

Black is the new white when it comes to wedding dresses. But the ‘new’ trend started long before the 2010’s. In pre-1840 Europe the brides wore the best dress they owned, which could be of any color with black being popular in Scandinavia. Many brides preferred red during the Victorian period as Chinese brides traditionally still do, while for Spanish and Roman Catholic brides black symbolized their devotion to marriage till death.

White was actually a deepest mourning color in Medieval Europe at least till Queen Victoria popularized it as a wedding dress color (first for rich and then all around the world across all classes). Although people wore black since the days of the Roman Empire the traditions for both wedding and funeral attire have changed but, of course, were not abandoned.

Today the reason to wear black is simply a matter of your believes and fashion sense. Some like how they look in black while others should avoid it (the notion that it suits anyone is simply not true). You have a great range of choice beyond bridal gowns and can reuse your black dress for other special occasions.

Some bridal designers still use black pretty sparingly in their collections, but you can certainly find some great examples. Vera Wang’s Fall 2012 collection alone is full of dark-hued goodness. 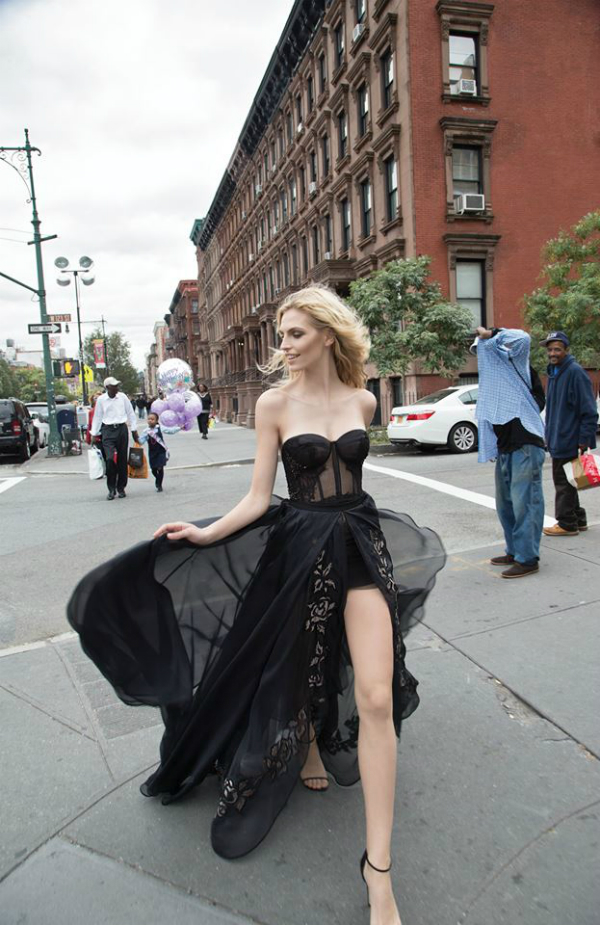 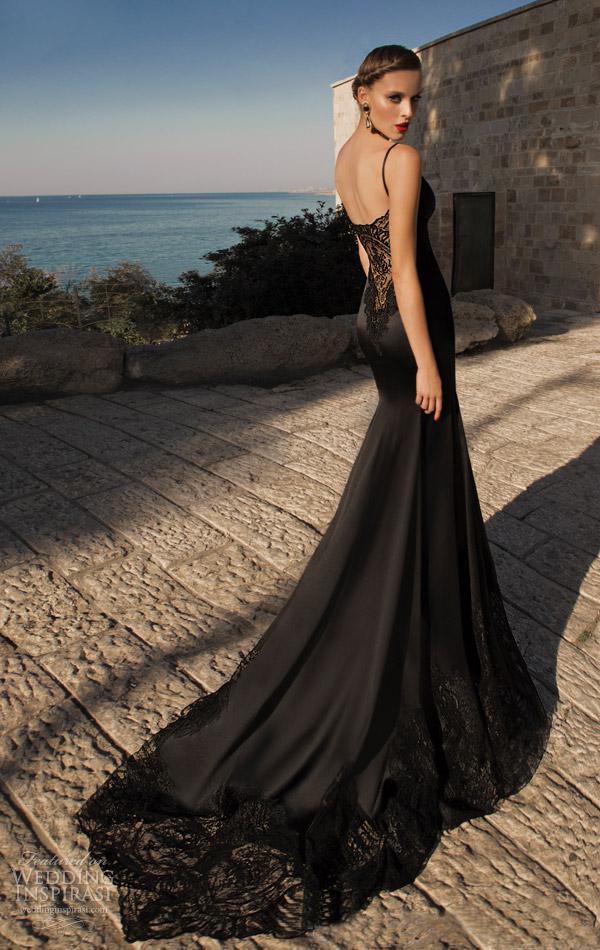 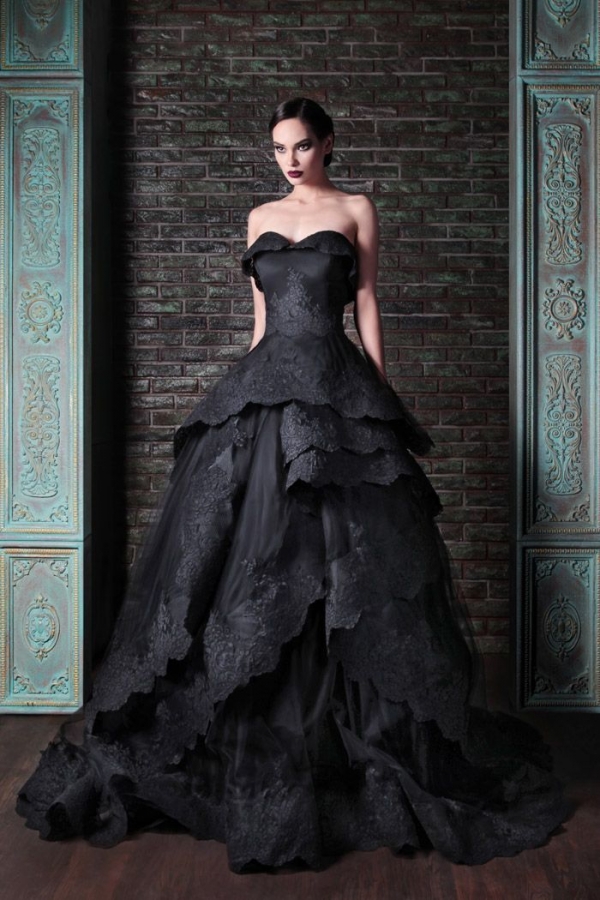